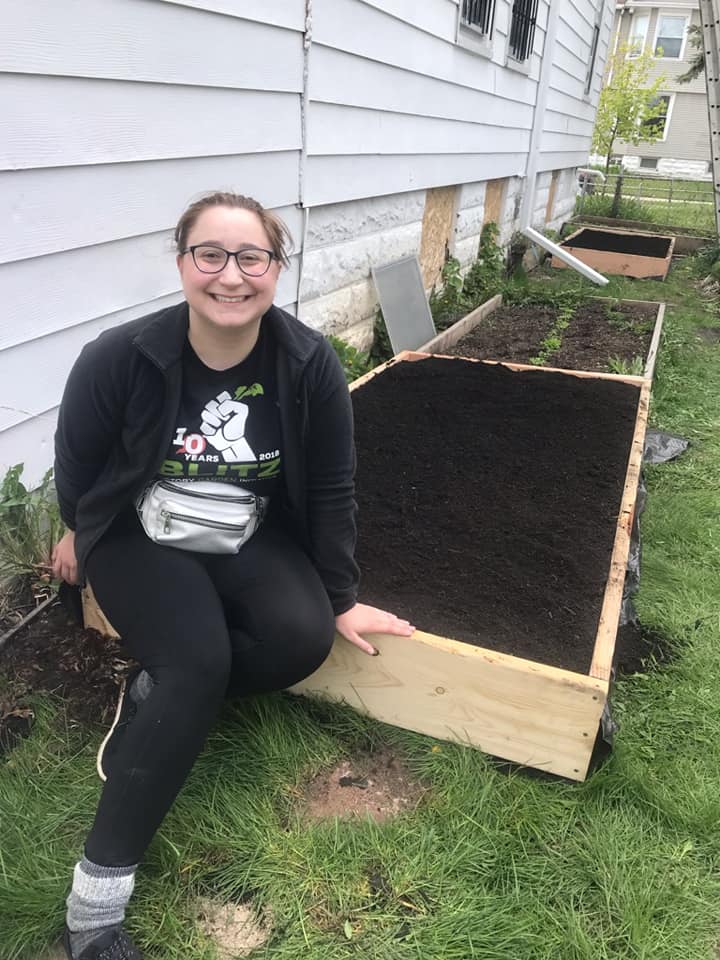 My name is Jenny Lehner, and I started at VGI in January 2019 as a Community Programs Intern. The 11th Annual Victory Garden Initiative BLITZ was the focus of my internship, as it was the main focus of Montana, the Community Programs Manager and my supervisor. Working with Montana and Lexi, the other Community Programs Intern, throughout the winter to help plan this event was an amazing learning experience. Lexi and I worked closely with Montana to reach out to donors, help recruit volunteers, and create and distribute promotional material. I feel honored to have been a part of the VGI team, and getting to know the other staff and interns really made my experience as an intern more than just busy work. Even on days when it was below zero, we would still be in the office at the farm house working to plan this event in May.

For me, the most rewarding part of my internship was actually getting to work the BLITZ and see this event in action. Even in the days right before the BLITZ I honestly wasn’t sure how it was all going to come together. To make things even more hectic, the BLITZ fell right when Lexi and I were taking our finals and graduating from UW-Milwaukee. Still, the time that I was able to spend working the event was extremely rewarding, fun, and exhausting. By the end of the two weeks I felt even closer with Montana, Lexi, and other members of the VGI staff. I also got to work with and know volunteers who shared our passion for this event and had been working the event for years. Actually getting to get out in the city and installing the garden beds with these people made my sore muscles totally worth it.

Seeing the community come together like this really gave me a sense of being a part of something bigger than myself. I genuinely felt more connected to the Milwaukee community after those two weeks than I did during my three years of going to school there. The homeowners who received the garden beds were so grateful and excited. Being a part of this year’s event from start to finish not only taught me a great deal and looks great on my resume, but it also was one of the most rewarding experiences I’ve ever had.

My name is Will, and I’m a grant writing intern for Victory Garden Initiative this summer. It’s been a fantastic experience so far, as I’ve gotten to know many of the passionate gardeners and volunteers who make VGI’s impactful work possible.

Like many of you, I often experience anxiety and personal inadequacy in confronting the existential threat of climate change. The popular literature and news coverage on climate change frequently focuses on the pressing need to quickly transition to renewable energies and reduce our dependence on fossil fuels–policy and market solutions that can feel out of our control. Although the clean energy transition is important, agriculture, and its related food system components–processing, packaging, distributing, consumption–are often overlooked in the climate conversation.

I wrote this blog post with the goal of understanding the links between climate change and VGI’s work in building communities that grow their own food. I hope it provides you with solace and a sense of purpose as you go about cultivating your own food garden.

The Need for Urban Agriculture: Feeding a Growing Population While Confronting Climate Change 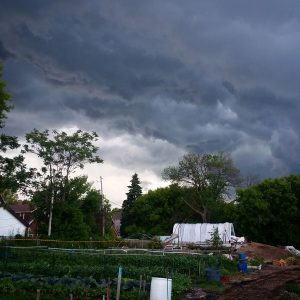 The United Nations predicts that, by 2050, the world population will be 9.8 billion, increasing to 11.2 billion by 2100 (United Nations, 2017). By 2030, two-thirds of the global population will be living in urban centers (Lederer, 2016). The global food system that will need to feed this growing number of people currently produces 19-29% of anthropogenic greenhouse gas emissions, with agriculture contributing 80-86% of those emissions (Vermeulen, Campbell, and Ingram, 2012).

Climate change will affect industrial agriculture’s ability to feed these hungry mouths due to increasing temperatures, droughts, and excessive rainfall (RUAF Foundation). Considering the large number of people to feed in metropolitan areas coupled with climate change’s ongoing threat to conventional agriculture and food chains, there is an opportunity to rebuild localized, sustainable food systems within increasingly dense cities. Populations that are most vulnerable to the effects of climate change and an undemocratic industrial food complex must be at the forefront of any substantial conversations around change within the food system. In developed countries like the United States this means historically marginalized communities of color suffering from injustices like food insecurity and agricultural pollution. Community-based urban agriculture constitutes an equitable solution to these issues.

The Benefits of Urban Agriculture: Adapting to and Mitigating Climate Change

Urban agriculture cultivates an alternative to the environmentally unsustainable production practices used by the modern industrial food complex. Permaculture, a type of regenerative agriculture that works with nature instead of against it, is used by Victory Garden Initiative at its urban farm and through its programming. Instead of the chemical and energy intensive monoculture schemes common in modern agriculture, urban agriculture systems like permaculture promote a diverse array of crops and sustainable resource management. Victory Garden Urban Farm, for example, promotes ecological sustainability by reducing food waste–a potent source of greenhouse gases–and improving biodiversity, erosion control, soil health, and water quality–environmental qualities that are vulnerable to climate change–through the application of permaculture principles in an urban setting. 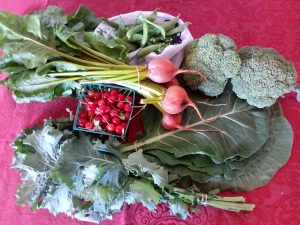 Urban agriculture also shortens food supply chains linked to dense urban centers. In the case of a major climate disruption to rural agricultural lands such as a flood or drought, in which prices for staple foods rise, sustainable urban agriculture can provide a safety net. Communities that currently experience food insecurity and spend a large percentage of their income on food, such as Milwaukee’s Harambee neighborhood where VGI is located, will be disproportionately affected by an increase in price levels due to decreases in agricultural yields from climate change. When urban areas such as Harambee grow their own food, the core mission of Victory Garden Initiative’s transformative work, food price volatility from climate change is less disruptive. Food sovereign communities are not as beholden to the market forces leading to food insecurity. These communities will also experience greater availability of fresh fruits and vegetables during the growing season, as well as greater transparency over the foods they eat. Increasing the consumption of agricultural products produced in urban centers also reduces greenhouse gases emitted by the importing of these same goods from rural areas. Food sovereignty is food justice, as urban agriculture can empower communities that, due to institutional factors, have been historically discouraged from growing their own food. 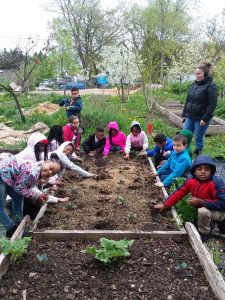 This post is by no means an exhaustive list of the climate benefits provided by urban agriculture. Given climate change’s complexity, we are still trying to understand how we can best mitigate its effects through changes both big and small. Who knows how climate change will affect Victory Garden Urban Farm’s crop production in 10 or 20 years. What is clear is that encouraging people, especially in cities like Milwaukee, to grow their own food will be a powerful weapon of collective action in the climate fight. For this reason, VGI is committed to engaging with people on the connection between climate change and urban agriculture through all of our programs and community-based work.